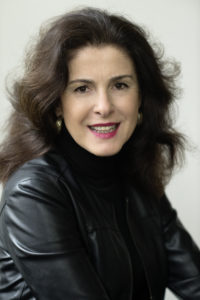 Krisztina Wajsza is a pianist of Hungarian origin, born in Cluj, Romania. She studied at the Conservatory in Bern with Michael Studer, receiving a Solo Diploma and continued her studies with Harald Enghiurliu in Stuttgart, Joseph Kalichstein at The Juilliard School and the distinguished, late Prof. György Sebök at Indiana University. In 1990 she was the first prize winner of the Mozart Competition at the Juilliard School. Krisztina has performed as a soloist with the Vienna Chamber Orchestra, Festival Strings Lucerne, Zürich Chamber Orchestra, Juilliard Symphony, Bern Symphony Orchestra, Bern Chamber Orchestra, Camerata Academica Bayreuth, Gelsenkirchen Philharmonie, Städtisches Orchester Trier, Transylvania Symphony Orchestra and Aargauer Chamber Orchestra. Following her debut at Alice Tully Hall in New York, at the Konzerthaus in Vienna and Brucknerhaus in Linz, as well as at the Franz Liszt Music Academy in Budapest, in 2005 she gave her solo recital debut at Wigmore Hall in London. Krisztina has performed in the Netherlands, Germany, France, Italy, Chile, Ireland, Great-Britain, Mozambique, Hungary, Romania, Switzerland and throughout the United States. Recently she premiered the “Hommage à Debussy” by Fernando Otero at the International Piano Festival in St. Ursine and at the Dublin International Piano Festival. Her upcoming performances in 2017 include a recital and Masterclass at the Lorton Performance Center in Tulsa, a collaboration with the New York Philharmonic Ensembles at Kaufman Music Center, a Mozart Concerto performance with the Satu-Mare Philharmonic in Romania, solo recitals in Basel and at the International Piano Festival in St. Ursanne.