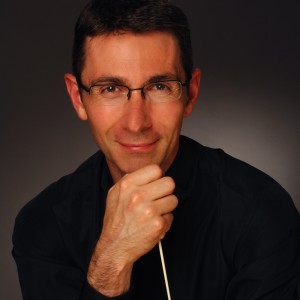 Now in his 13th season as Music Director and Principal Conductor of The New York Wind Symphony, Richard F. Regan has served as The Greater Newburgh Symphony Pops Orchestra conductor where he began a full scale survey of America’s Symphonic Masterworks and maintains a strong connection with the youth of our region through his work with the Hudson Valley Honors Youth Wind Ensemble. He is in demand as a guest conductor of bands and orchestras throughout the country and has led performances in Beijing, Prague and France. Most recently, he conducted the New York Wind Symphony to a packed and enthusiastic audience in the Isaac Stern Auditorium at the prestigious Carnegie Hall in New York City.

Mr. Regan’s tenure with the New York Wind Symphony has led to many important premieres including the North American Premiere of Johan de Meij’s Symphony No. 4, the World Premiere of Bramwell Tovey’s Lincoln Tunnel Cabaret for Solo Trombone and Wind Orchestra, and the World Premiere of the newly revised Universe at an Exhibition where the NYWS provided the live soundtrack to the film created by Emmy nominated director and astronomer, Dr. José Francisco Salgado. Regan has collaborated with members of the New York Philharmonic on several concerto projects with the wind symphony, including Philip Myers on Richard Strauss’s Horn Concerto No. 1, Joseph Alessi on both John Mackey’s Harvest and Bramwell Tovey’s Lincoln Tunnel Cabaret, and Mark Nuccio on Aaron Copland’s Concerto for Clarinet. He conducted the New York Wind Symphony at the International Trombone Association’s convention at The Julliard School in June 2016.

In addition to his conducting obligations, Regan enjoys an active schedule as a professional trombonist and brass clinician in the New York metropolitan area. A founding member of the Storm King Trombone Ensemble, he also holds the principal trombone desk in The Greater Newburgh Symphony Orchestra.

Highly regarded as a music educator, Richard F. Regan is a multiple winner of the William D. Revelli Award, a recipient of the Helen M. Hosmer Excellence in Music Teaching Award, and the 2014 Arts in Education Honoree at the Orange County Arts Council Awards Gala.