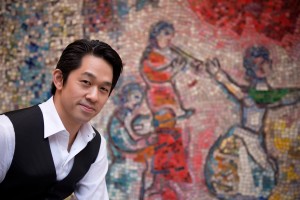 Featuring Members of the NY Philharmonic

The Hudson Valley Performing Arts Foundation’s Chamber Music Series is thrilled to welcome back New York Philharmonic Cellist Patrick Jee along with the Philharmonic Concertmaster Frank Huang to this special Mother’s Day afternoon program!  We will begin with a special *Afternoon Tea beginning at 2:00 pm followed by a simply awe inspiring quintet performing Schuberts’ String Quintet in C Major, D. 956.  The Mulder Chapel at the Warwick Conference Center is the perfect intimate setting to experience this exquisite music performed by world renowned musicians.

*Pre-concert Tea Sandwiches, Tea and soft beverages are included in the ticket price. 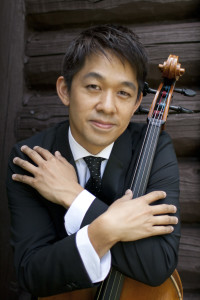 Frank Huang joined the New York Philharmonic as Concertmaster, The Charles E. Culpeper Chair, in September 2015. The First Prize Winner of the 2003 Walter W. Naumburg Foundation’s Violin Competition and the 2000 Hannover International Violin Competition, he has established a major career as a violin virtuoso. Since performing with the Houston Symphony in a nationally broadcast concert at the age of 11 he has appeared with orchestras throughout the world including The Cleveland Orchestra, Los Angeles Philharmonic, Saint Paul Chamber Orchestra, Indianapolis Symphony, NDR Radio Philharmonic Orchestra of Hannover, Amadeus Chamber Orchestra, and the Genoa Orchestra. He has also performed on NPR’s Performance Today, ABC’s Good Morning America, and CNN’s American Morning with Paula Zahn. He has performed at Wigmore Hall (in London), Salle Cortot (Paris), Kennedy Center (Washington, D.C.), and the Herbst Theatre (San Francisco), as well as a second recital in Alice Tully Hall (New York), which featured the World Premiere of Donald Martino’s Sonata for Solo Violin. Mr. Huang’s first commercial recording — featuring fantasies by Schubert, Ernst, Schoenberg, and Waxman — was released on Naxos in 2003. He made his New York Philharmonic solo debut in June 2016 leading and performing Vivaldi’s The Four Seasons and Piazzolla’s Four Seasons of Buenos Aires. In 2017–18 he led the Orchestra from his Concertmaster chair in works by Mozart and Tchaikovsky, and performed with the Philharmonic as soloist in Lalo’s Symphonie espagnole at Bravo! Vail.

In addition to his solo career, Mr. Huang is deeply committed to chamber music. He is a member of the New York Philharmonic String Quartet, established in the 2016–17 season, and has performed at the Marlboro Music Festival, Ravinia’s Steans Institute, Seattle Chamber Music Festival, and Caramoor. He frequently participates in Musicians from Marlboro’s tours, and was selected by The Chamber Music Society of Lincoln Center to be a member of the prestigious CMS Two program. Before joining the Houston Symphony as concertmaster in 2010, Frank Huang held the position of first violinist of the Grammy Award–winning Ying Quartet and was a faculty member at the Eastman School of Music.

Frank Huang was born in Beijing, China. At the age of seven he moved to Houston, Texas, where he began violin lessons with his mother. He commenced study with Fredell Lack at the University of Houston and at 16 he enrolled in the pre-college program at the Cleveland Institute of Music (CIM) where he studied with Donald Weilerstein. He continued studies with Weilerstein in college and earned his bachelor of music degree from CIM in 2002. He subsequently attended The Juilliard School in New York City, studying violin with Robert Mann. He is an alumnus of the Music Academy of the West. He served on the faculties of The Shepherd School of Music at Rice University and the University of Houston, and currently serves on the faculty of The Juilliard School. 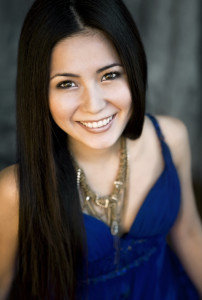 Known for her “expansive lyricism” (New York Times), violinist Nanae Iwata has quickly established herself in versatile roles as a soloist, period performer, recitalist, chamber musician, and orchestral musician. As a winner of the Artist International Competition in 2008 she was awarded a debut recital at Carnegie Hall which was praised by critic Anthony Aibel as “riveting” and “exquisitely done” (New York Concert Review). She performs regularly in the United States, Europe, and Asia and is a member of the Saito Kinen Orchestra, The Knights, New York Baroque Incorporated, and the Concert Royal.

Ms. Iwata, a devoted music educator, will be serving as Visiting Lecturer at Cornell University for the Spring semester 2016. She is also the Director of the New Amsterdam Conservatory which she founded in 2013. Previously held positions include the Sherwood Conservatory (Chicago), Lucy Moses School (NYC), and the Mozart Music Academy (Nagoya, Japan). She earned her Bachelor and Master of Music degrees in violin performance and an additional Master of Music in Baroque Violin from The Juilliard School. She won the Juilliard Concerto Competition and was a full­scholarship student of Masao Kawasaki, Ronald Copes, Monica Huggett and Cynthia Roberts. For more information please visit: www.nanaeiwata.com. 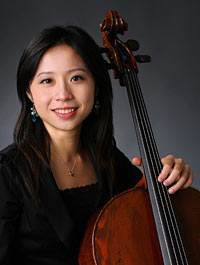 Cellist Ru-Pei Yeh, who joined the New York Philharmonic in September 2006, has performed regularly as a recitalist in her native Taiwan and in the U.S. She was a founding member of the Formosa Quartet, winner of the 2006 London International String Quartet Competition. She has also served as acting principal cello of the San Diego Symphony and the San Diego Opera, in addition to performing with a string quartet of principal players from the San Diego Symphony. She has made solo appearances with the Hudson Valley Philharmonic, National Taiwan Symphony, Jacksonville Symphony Orchestra, North Carolina School of the Arts’s International Music Program Orchestra, and Kuan-Jen School Orchestra, and is the winner of numerous competitions.

Ms. Yeh, who has been performing professionally since the age of 10, moved to the U.S. at 13 to study with Orlando Cole at the Temple Preparatory School. She received her bachelor of music degree from the New England Conservatory under the tutelage of Laurence Lesser, and her master’s degree from The Juilliard School in 2004, studying with Joel Krosnick. She received her artist diploma from Juilliard in 2006. 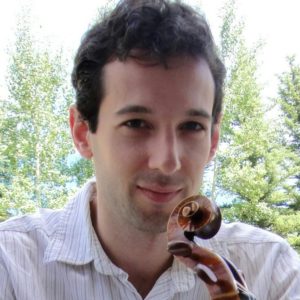 Robert Meyer has performed in chamber music and recital throughout the United States and abroad. While violist of the acclaimed Arianna Quartet, he collaborated with members of the Tokyo, Juilliard, and Vermeer Quartets, and was featured on the cover of Chamber Music Magazine. During his five-year tenure with the quartet, they performed extensively throughout North America, including performances of the complete cycle of Beethoven string quartets, and recorded works of Ravel and Mendelssohn. In recent years, Mr. Meyer has been a guest artist with many chamber music series and festivals, including Strings in the Mountains, Camerata San Antonio, and the Chelsea Music Festival. Currently, he lives in New York, where he performs frequently in the viola section of the New York Philharmonic.